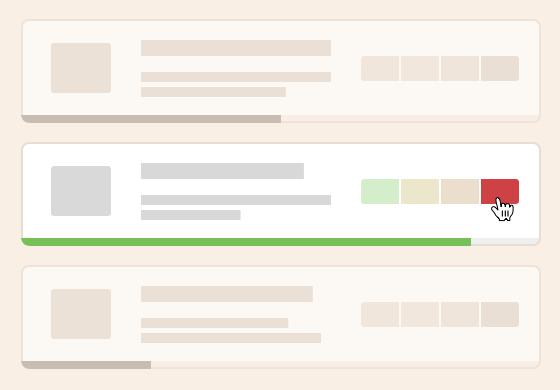 Today we unveil the new Feature Polls page which gives you the ability to influence our development priorities by voting for your favorite features.

Why we added a voting system?

Feedback from our users is often the source for new ideas and features; we think it's very important and should be put to good use efficiently.

That said, over time we noticed we have two broad categories of users: the few very vocal minority, that keeps making the same requests over and over, and the silent majority that is making few or no requests at all, expecting the features they need to be magically added to Apollo sooner or later.

More than once we looked into our process of managing feedback from users and each time we changed the way we handle it as a result. Managing it inside Apollo proved to be not flexible enough; then we tried a shared Google spreadsheet, and then we branched off to a shared Google Document. Now we have the ultimate flexibility and can easily add snippets from support emails, mockups, use cases and discussions, but we have a hard time in prioritizing, and expecially in weighing the requests appropriately.

In the last few months we've been guilty of starting too many feature branches – which are now at various stages of completion – without really shipping any! Building new shiny things into Apollo makes us happy, but we have been guilty of spreading ourselves too thin on too many different features instead of focusing only on one or two at a time, and we don't have anything to show for all the work done!

We had a tremendous success last year when we pulled out a streak of 36 Apollo releases in 36 weeks and we are going to repeat the experiment now! How? That's where YOU fit into the equation!

How does it work?

On Mondays, every workspace, depending on how long it's been active and on the plan it is on, will get a certain amounts of thrust points, called so for their use: giving thrust to a feature.

Why depend on workspace longevity? Well, we want to put long time clients above recently acquired one, and those on bigger plans above those on smaller plans that might move to another software after a little while.

As a result, long-time customers on bigger plans get more points, thus have a bigger influence in the voting process.

You can easily check where you stand, by looking at the Rocket type indicator in the voting page, near your username. The rocket types, in ascending (no pun intended) levels, are: Backyard rocket, Moon rocket, Mars rocket, and Intergalactic rocket.

Any internal user in your workspace is free to use the workspace points to vote for their favorite feature. You can distribute thrust points on more than a feature, or go full-thrust on a single one, if you need it. Or you can save your points for future polls, but keep in mind that they expire after 6 weeks, and that you'll get more every Monday.

You've got all you need to start voting. The first poll is already running, go cast your vote now, we look forward to the results.

Vote for your favorite feature

The winning feature will be our absolute priority, and will be shipped into Apollo for everybody to use.