Assign responsibility for an entire project

This week's Apollo update brings good news to a group of users who were fairly vocal and consistent with their wish.

It all started 6 months ago with a request from Micha M., which was quickly followed by similar ones from other users. Once we realized it wasn't an isolated request, we were more than happy to follow through. So, from today you can…

Set a project manager and see all its projects 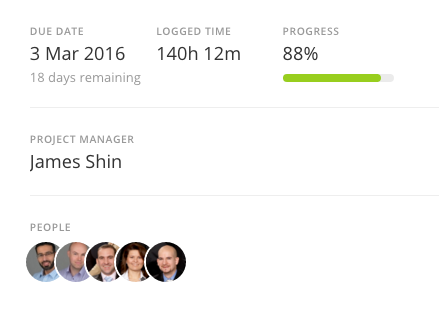 But there's more: you can now group projects by project manager in the project list, for easy tracking. 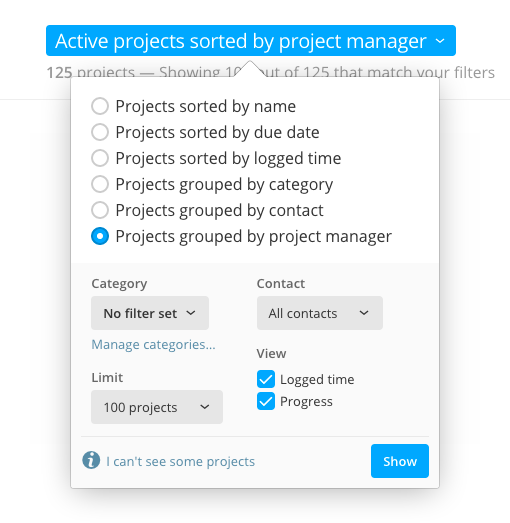 Flat style to become the default one

After unveiling a new look for the Apollo user interface last week to The Brave Collective users, we didn't expect to receive so many comments and praises about it. We even received a feedback asking to fix the feedback window itself!

In fact, we have received so much feedback that, even if it's still a bit rough, we're going to set the new look as the default one for new workspaces, and giving everybody the ability to switch back and forth between the old and the new one. Remember though: we'll move away from the old look once we're confident enough that the flat one is ready, so we can focus on a single look and new features.

To switch to the new look, go to Settings, then Company identity, scroll down and click the box with the new style (the one on the right), then confirm your choice to reload Apollo.

That's it for this week, but we also have a fairly large list of changes below.