Set the estimated time for a Project

Welcome to the first Apollo update of 2017! Today we present a little new feature for the projects section and a sneak peek into what's coming in February.

Until today there was no way to know if a project was either overtime or ahead in time. From now on, you can specify the total estimated or total agreed upon time for each project, and keep tabs on the percentage already used in the project list, along with the total time tracked.

This small feature is something that was repeatedly requested in the last few weeks by those of you who manage projects on a predefined amount of time. We receive requests to add new specific fields to a project almost every week, and usually we push back to avoid turning Apollo into a total mess. This time, though, it was clear that a small addition could have an impact in the way most of you work, and for the better. If you were tracking this information outside of Apollo, you can now keep it with the project in Apollo, where it belongs.

And here's it in the project list's space-constrained Card view – it only shows the percentage value:

Speaking of Time tracking, we'd like to remind old and new users that there's the ability to create detailed Time reports with custom filtering, and for the past weeks has been available a new set of granular permissions for the Time tracking feature.

About those reports… notice something new in the screenshot below? 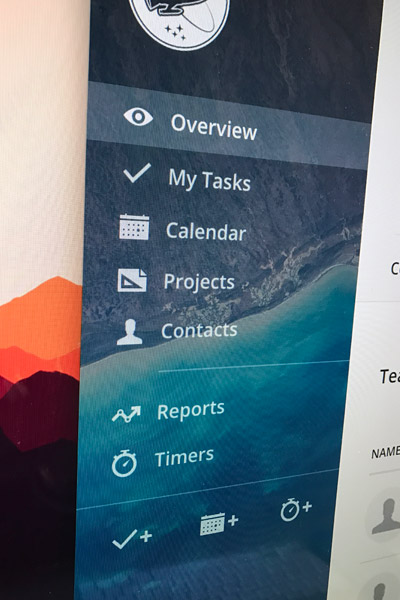 We'll leave you hanging there for awhile; we look forward to the next update, and we think you'll like it.